WHEN SHOULD YOU REMOVED A TREE?

Trees can leave certain telltale signs that need to be removed.

Rot, leaning towards structures, and even certain ailments that may be beyond repair.

​However, most tree pruning and removal projects are too dangerous for non-professionals to handle.

This is why calling Seppo’s Fullerton Tree Service would be the best course of action.

We are one of the companies that employs professional arborists, a highly regarded credential in the industry. This way we can assure you that we can take care of the problem better than many of the other companies out there.

In the case of some species of trees such as Mimosa, they have a tendency towards weak wood. This put not only humans but animals at risk of fallen branches, even in healthy trees. Various species including: giant sequoia, coast redwood, lime tree, kumquat tree, and plum tree all require different approaches. So no one tree is the same in tendencies but that’s what we’re here for.

Trees that show at least 50% damage should most likely be removed. If left too long they could collapse and cause damage to property and possible death. In which case requesting an emergency tree removal when these conditions are met would at the very least minimize any type of risk.
​
The following are some guidelines that can tell you when removal should happen:

Additionally it should be noted that large trees should be planted at least 20 feet from your house but smaller trees such as dogwood can be put closer.

Regardless, much thought should be put into the subject before removal occurs. If the tree for instance has historical or sentimental value, the cost of removal could be justified.

HOW MUCH DOES TREE REMOVAL COST?

Costs of removing can vary, this caused by the variation in branch patterns and how tall the tree is. If you do end up having it removed, it is in your best interest to have the tree stump removed as well. A typical price is about $650, but it can vary between $550 and $900 depending on the difficulty of the job. 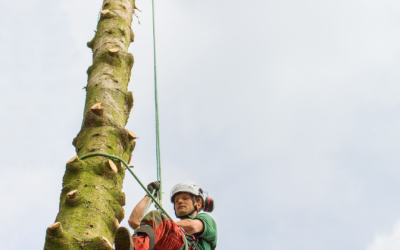 Trees can leave certain tell tale signs that they need to be removed. Rot, leaning towards structures, and even...